What Motivates a Lawyer to Defend a Tsarnaev, a Castro or A Zimmerman? 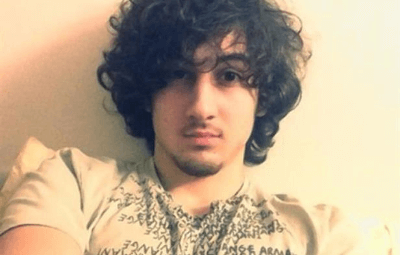 Abbe Smith is a professor of law and the director of the Criminal Defense & Prisoner Advocacy Clinic at Georgetown University and co-editor of the forthcoming “How Can You Represent Those People?”

The trauma nurses who took care of Boston bombing suspect Dzhokhar Tsarnaev after his arrest have a straightforward explanation. “I don’t get to pick and choose my patients,” one told the Boston Globe.

The three public defenders assigned to Tsarnaev would have been similarly constrained. But what about the two prominent defense lawyers who have offered their services? Why choose to represent a man accused of turning the Boston Marathon finish line into a war zone?

Likewise, how can the lawyers representing Cleveland's Ariel Castro fight for a man who pleaded guilty on Friday to 937 counts related to the kidnapping, imprisonment, and rape of three women? And what about the attorneys for the recently acquitted but still controversial George Zimmerman? Do they really believe he is completely innocent of any wrongdoing in shooting an unarmed teen?

I have been a criminal defense lawyer for more than 30 years, first as a public defender and now as a law professor running a criminal defense clinic. My clients have included a young man who gunned down his neighbor in front of her 5-year-old daughter while trying to steal her car, a man who beat a young woman to death for failing to alert drug associates that police were coming and a woman who smothered her baby for no apparent reason. These are the kinds of cases that prompt people to ask: “How can you represent those people?” All criminal defense lawyers are asked this; it’s such a part of the criminal defense experience that it’s simply known as “the question.”

Most of us have a repertoire of stock replies about how the system can’t work without good lawyers on both sides, or the harshness of punishment, or the excessive number of people — especially minorities — locked up in this country. Capital defenders such as Tsarnaev lawyer Judy Clarke tend to cite their opposition to the death penalty.

But our motivations are usually personal and sometimes difficult to articulate. I often say I was inspired by “To Kill a Mockingbird.” There is no more compelling figure than Atticus Finch defending a wrongly accused poor black man. Innocence, though, is not a chief driver for me. To the contrary, I often call my life’s work “the guilty project.” Criminal defense is, for the most part, defending the factually guilty — people who have done something wrong, though maybe not exactly what is alleged.

That works for me because, as it happens, I like guilty people. I prefer people who are flawed and complicated for those who are irreproachable. As legendary American lawyer Clarence Darrow put it more than 80 years ago: “Strange as it may seem, I grew to like to defend men and women charged with a crime. . . . I became vitally interested in the causes of human conduct. . . . I was dealing with life, with its hopes and fears, its aspirations and despairs.”

Defense lawyers try to find the humanity in the people we represent, no matter what they may have done. We resist the phrase “those people” because it suggests too clear a line between us and them. Clarke has managed to do this with some of the most notorious criminals of the past two decades, including “Unabomber” Ted Kaczynski. “Even if it’s the smallest sliver of common ground, Judy’s going to be able to find that,” said Kaczynski’s brother, David. “There’s no doubt in my mind that Judy saw my brother’s humanity despite the terrible things he’d done.”

We may even come to develop affection for our clients — as did the Boston nurses, who caught themselves calling Tsarnaev “hon.” “There are very few clients I have had who I didn’t like,” Miriam Conrad, another Tsarnaev lawyer, has said.

Criminal lawyers are sometimes accused of investing all our sympathy in our clients and having none for victims. But we are human beings; we have feelings. Over the years there have been a handful of cases that tested me: sympathetic victims, unspeakably cruel crimes, clients who seemed to lack any conscience. I once represented a young man accused of an armed rape of a recent college graduate who was an AmeriCorps volunteer. She could have been me at that age — full of passionate idealism. It was hard to face her in court. I represented a man accused of child abuse who seemed to hate everyone, especially women. I admit I derived some satisfaction from the fact that his defense lawyer, prosecutor, and the judge were all women — even though I did everything I could on his behalf.

The people I have in mind when I say “I like guilty people” are not those who commit acts of such depravity that it’s painful to read news stories about them. I mean the vast majority of my clients, who, for a variety of reasons, have committed crimes but who are not evil.

My car-thief client was only 16 when he killed his neighbor. He was immature and impulsive, and he’d had a hard time fitting in. He’d never been in trouble with the law, but on that day he got in trouble at school and was trying to escape his dad’s wrath when he grabbed a gun to frighten his neighbor into giving him her car. Thirty years later, he still can’t believe he pulled the trigger. He has grown up in prison and is more than sorry for what he did. I’ve been trying to get him released on parole.

My baby-killing client has no recollection of harming her 18-month-old. She accepts that she must have done it and feels regret and shame. In prison for more than 26 years, she has shown herself to be a woman of faith and service, working in the prison hospital and the Catholic chaplain’s office. I took her case because she has served her sentence and been a model prisoner, yet she has been repeatedly denied parole.

My drug-dealing client knew the woman he killed — he once bought presents for her kids. He wishes he had made different choices on that day and at other points in his life. Released from prison after 20 years, he is grateful to have a second chance.

I realize this may be what every defender says: My clients, no matter what they may have done, aren’t wicked. They are damaged, deprived or in distress. Their crimes can be understood as the products of awful lives, or of being young, hot-headed and lacking in judgment, or of not having the mental wherewithal to know what they were doing. There is always a story. Castro lawyers Craig Weintraub and Jaye Schlachet were typical in insisting, after meeting with their client for several hours, that he isn't the "monster", he had been made out to be.

If knowing our clients makes it too easy to explain how we can represent them, maybe it’s better to ask whether we would represent other people’s clients.

Defending Castro would be especially difficult for me. Although I have never turned down a court appointment based on the nature of the case, there are crimes I find especially abhorrent: child abductions that feature sexual abuse and hate crimes of all sorts. With its kidnapping, sexual assault and torture, Castro’s is exactly the kind of case I find hard to stomach. It’s distressing to read fiction about these kinds of crimes — such as Alice Sebold’s “The Lovely Bones” or Emma Donoghue’s “Room” — let alone grapple with the real thing.

I don’t envy the lawyers representing Tsarnaev. He is young — I can understand why those nurses were instinctively kind to him — but there is overwhelming evidence that he killed, maimed and terrorized innocent people in the place where he grew up. I would want to say to him: “What the hell were you thinking?” But good defense lawyers resist the urge to pile on; it isn’t a useful way to form a relationship.

Thought-provoking opinions and commentary, in your inbox daily. Sign up

Still, there’s something about cases in which everyone is calling for blood that makes it easier to fight for people like Tsarnaev and Castro. Maybe there’s a contrarian streak in all good criminal lawyers. Frankly, the uproar over the image of Tsarnaev on the cover of Rolling Stone made me want to stand up for him — or at least for the editors of the magazine.

I confess that I gravitate more to Trayvon Martin — the young black man unfairly targeted — than neighborhood-watch volunteer Zimmerman. But that doesn’t mean I couldn’t have defended Zimmerman.

Prominent criminal lawyer Edward Bennett Williams once noted that he took on difficult cases for unpopular clients “not because of my own wishes, but because of the unwritten law that I might not refuse.” That unwritten law still motivates criminal lawyers, along with the knowledge that none of us would want to be defined by the very worst thing we ever did.

We represent “those people” because we can always find aspects of them that represent us.